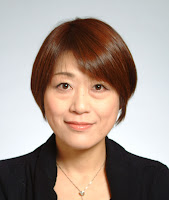 Masako Myowa-Yamakoshi
(social behaviors in primates and humans)
Development and Evolutionary Foundation of Human Mind: New perspectives on cognitive development in humans from the prenatal period.
How have we evolved our unique minds? What has caused the differences that exist between humans and non-human primates? To address these questions, our research teams have taken evolutionary and developmental approaches, "Comparative Cognitive Developmental Science": comparing the development of cognition in humans and non-human primates from their prenatal periods. Such an approach enables us to reveal the emergence and development of human intelligence and its evolutionary foundations, the biology behind the characteristics of the human mind, both shared with non-human primates and uniquely humans. 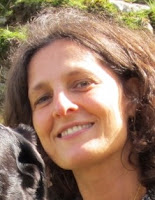 Nadia Berthouze
(human body movements, emotions, communication)
What does your body tell me...., Oh, ... and what does it tell you?
Whilst facial expression has been thoroughly investigated as a means for affective communication, body expression has only recently received the attention it deserves. The increasing interest in this modality has been supported in part by the emergence of technology that involves and requires user engagement through their body. In addition, studies in psychology and neuroscience have shown that posture and body movement affect emotional state, cognitive abilities and attitude towards the surrounding environment. In this talk, I will look at these two roles of body movement in relation to emotions. First, I will report on our studies aimed at understanding body expression and touch behaviour as a means for expressing affect, including laughter, in whole-body games and in clinical contexts. Then I will present our studies aimed at investigating how body movement qualities can be used to steer user experience with the aim of providing a principled approach to the design of interactive technology. In doing so, I aim to make the case that the design of humanoids should take advantage of body expression as an affective channel to facilitate interaction with people and also as a mechanism for emotion regulation in their human companion … or even in themselves!

Thierry Chaminade
(social cognitive neuroscience)
Using social cognitive neuroscience tools to understand human-robot interactions (and vice-versa).
The field of social cognitive neuroscience offers both theoretical models and experimental procedures to study human-robot interactions. Both should be used to better understand human-robot interactions, and benefit from the use of robots as experimental stimuli. This approach has been at the core of my research and led me to investigate how several mechanisms involved in social cognition, in particular motor resonance, social attention and mentalisation, are modulated when a human is replaced by a human-like machine. The underlying assumption is that because humans are highly social animals, our brain has a tendency to automatically interpret something that resembles a human (a humanoid robot or a cartoon character) as something that has human features, despite being clearly mechanical. 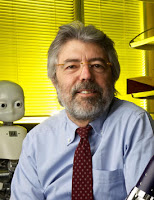 Takayuki Kanda
(human-robot interaction, communication robot)
Interacting with humanoid robots: field observations.
In the talk, I'd like to introduce a couple of field trials where we put an interactive humanoid robot to a real daily field, such as elementary school and shopping mall. I also plan to explain some capability we developed in order to enable human-like interaction in the robot. These experiences would give us an idea about what makes interaction human-like. 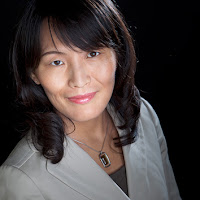 Designing Teachable Robots: How to take multidimensionality of mind perception into account?
Infants learn to acquire various cognitive abilities through interaction with the environment, especially with caregivers. How to design robots so as to be perceived as teachable agents is an important issue to be addressed in social robotics.

I present two experiments focusing on teachability of human infants and robot learners. The results will be discussed in terms of the multidimensionality of mind perception: when interacting with others, people do not perceive their mind on one dimension (with/without mind) but perceive it on multiple dimensions (with/without knowledge, intention, emotion...). Our results demonstrate which aspects of robot design (e.g. visual attention, appearance) are relevant to which dimensions of mind perception. 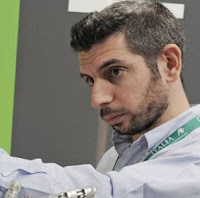 Francesco Nori
(optimal control for human-like movements)
Passive compliance as a mean to get human-like physical interaction in humanoid robots.
Muscle co-contraction can be modeled as an active modulation of the passive musculo-skeletal compliance. Within this context, recent findings in human motor control have shown that active compliance modulation is fundamental when planning movements in presence of unpredictability and uncertainties. Along this line of research, this talk discusses the link between active impedance control and unpredictability, with special focus on robotic applications. Different types of actuators are considered and confronted to extreme situations such as moving in an unstable force field and controlling a system with significant delays in the feedback loop. We use tools from stochastic optimal control to illustrate the possibility of optimally planning the intrinsic system stiffness when performing movements in such situations. In the extreme case of total feedback absence, different actuators model are considered and their performance in dealing with unpredictability compared.